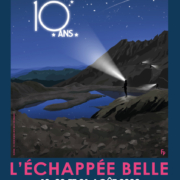 Registrations opening on January 17th at 8:00AM

Born in 2013, the ultra-crossing of Belledonne will blow out its 10 candles next year. A great opportunity to offer an even more beautiful, even tougher, and always more festive edition ! We will find again the 3 routes that are now classic, the Intégrale, 149kms and 11,400m uphill, the Traversée nord, 83.5kms and 6,140m uphill, the Parcours des Crêtes, 62km et 4700m uphill, and a Skyrace, 21kms and 2,000m uphill.
A new alpine race will be added to the Echappee Belle race list for this anniversary edition : the Du’ô des cîmes, between 110 et 120kms / about 11,000m uphill. Such unique crossing, combining autonomy, adventure and technicity will be reserved to 50 pairs (including at least one finisher of the Intégrale), to be selected on application file. The race will go through all key points of the 4 other races. It will not be revealed in its entirety until 10 days before the race.
The party promises to be great with many activities during and around the race. A great opportunity to come and discover the Belledonne massif with families !

Registrations will open on January 17th at 8:00 AM for all races.
There will be a draw only for the Intégrale.
Registrations will close on Sunday, January 23rd at 11.59 PM. Results will be published on Wednesday, January 26th at noon.
A waiting list will be there for the unselected runners.
Group registrations are possible (maximum 10 runners per group). The groups will enable a joint participation to the draw for the Intégrale and to start all together within the same wave for the other races. 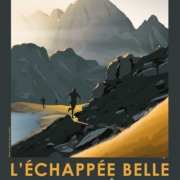 The start of L’Echappée Belle will be this coming Friday, August 20th, at 5:00 a.m. at Domaine de Vizille in Isère for the runners of the Intégrale race who will set off for 149kms and 11,400mD+ all the way to Aiguebelle in Savoie. They will be joined on Saturday 21st by the trail runners of the 2 other events : 84kms starting from Fond-de-France at 5:00 a.m. and 62kms from Allevard at 9:00 a.m.
New in 2021 : the White Rock Skyrace, a wild trail of 21kms and 2,000mD+ opened to 150 selected runners.
The Echappée Belle is showing full, with over 2,000 runners coming from all over the world (27 nationalities represented) who will be running through the Belledonne mountain next week-end.

The Echappée Belle: an extraordinary adventure in an exceptional landscape !

The Echappée Belle offers a complete crossing of the Belledonne mountains with more than 40 kms continuously above 2,000 m and few descents in the valley. It seduces by its beauty, fascinates by its technicality, worries by its difficulty … and attracts more and more runners from all over the world. After 8 editions, it has become one of the essential races in the trail world.

The full crossing will leave from Domaine de Vizille on August 20th, 2021 at 5 a.m. The first runners are expected in Aiguebelle on Saturday morning around 9 a.m. The other 2 races, 84kms and 62kms, will start on August 21st from Fond-de-France and Allevard, to reach Aiguebelle. The Skyrace will take place in Fond-de-France on Friday August 20th (start at 9:00 a.m.).

Exceptional elite level participation on this 9th edition with in particular 15 runners above 800 ITRA points!

High level for this 1st edition of the Skyrace ! The world runner-up and trail France champion, Nicolas Martin will be at the start line together with the Swiss ski-mountaineering and long distance runner expert in skyrunning Egli Pascal, his compatriot Julien Ancay, the Belgian Jerome Vanderschaeghe, Lucas Dupuy from the Team TrailHero Dynafit, Paul Burette, Joris Botton, used to Echappée Belle and Benjamin David, winner of the 2015 Intégrale race. The battle should also be great on the women side with the participation of Manon Benoît, of the former elite orienteering race runner Carole Klein, of Anne-Cécile Thevenot and of Lena Bonnel, member of the French Dynafit ski-mountaineering team.

On the 149kms, lots of competition, a very homogeneous elite plateau for men and women : Edouard Laudier, winner of the 2019 Parcours des Crêtes, the Portuguese Guilherme Lourenço and David Quelhas, the winner of the 2014 Echappée Belle Intégrale Sangé Sherpa, the Canadian Jean-François Cauchon, Thibault Marquet and Mikael Pasero.  As for women, Sandrine Béranger, 1st woman at the 2013 and 2018 Echappée Belle, comes to put her title on the line and should find competition from the Spanish Silvia Ainhoa Trigueros Garrote, Irina Malejonock and the former foil champion Claire Bannwarth.

On the 84kms, pay attention to : Arnaud Lesprillier, Emilien Schiavo and Benoît Amiot.

On the 62kms, we will in particular see again : Ludovic Collomb, Gaëlle Decorse, 1st woman on this race in 2018 and Esther Eustache.

> To learn more on the race favorites : www.lechappeebelledonne.com/favoris-2021/

An adventure to experience with family or friends !

All public and those accompanying the runners can go and watch the runners pass by at different points of the course and take part in the many activities, especially at the Pleynet, Super Collet, Pontet and Aiguebelle aid stations. Shuttles to access the sites are organized between Allevard and Super Collet, Bourget-en-Huile and Pontet (mandatory), Pinsot and Gleyzin (mandatory). Concerts, introductions to climbing and orienteering, electric mountain biking, pony rides, wooden games, children’s races … the activities are numerous, free and open to all. It is possible to eat at most of the sites and thus wait for the runners in a warm and friendly atmosphere.

Sanitary pass mandatory at most of event sites.

To follow the runners and get informed over the 3 days : www.lechappeebelledonne.com/live/

– Results on the Integral solo
-> Waiting list for the Integral
– All registrations for the Integral duo, the North crossing and the Ridge track are accepted.
You have until February 15 8:00PM to validate your registration.
There are still a few places left on the 2 other courses which will be accessible from February 15.
Registration of pacers from February 15 (100 places available).
Good preparation and see you soon in Belledonne!
3 February 2021
https://www.lechappeebelledonne.com/wp-content/uploads/2021/02/041-1513-EB2020©Thomas-Vigliano.jpg 800 1200 Échappée Belle https://www.lechappeebelledonne.com/wp-content/uploads/2018/01/admin-ajax.png Échappée Belle2021-02-03 14:47:002021-02-10 11:47:41Results of the draw Echappée Belle 2021

The 9th edition of Echappee Belle, Ultra Crossing of Belledonne, will take place on August 2021, 20th, 21st and 22nd

After weeks of working on various scenarios, the Team Echappée Belle, Ultra Crossing of Belledonne, is pleased to announce its decision to continue the preparation of the edition 2020 which will take place on 21st, 22nd & 23rd August.

All lights are green for the organization: volunteers are ready, mountain shelters are open, township, the territory and our partners support the race. The actual holding of the event is however suspended from the final validation during the summer by the prefectures of Isere and Savoie (cases under evalution). A risk that the organization agrees to take, it will assume the consequences by proposing a refund of 80% in case of cancellation.

A race with very slight modifications in its route
Despite the complicated situation, the organization is committed to offering a beautiful edition with the priority of the safety of all and the respect of the Echappee Belle’s DNA. The 1700 runners registered on the 3 races will be able to live this summer an adventure in Belledonne with very slight modifications. The start of the 62k will be modified by taking place from the Collet d ‘Allevard resort. Very light adaptations on the 87k and 149k may take place.

A adapted event for everyone’s safety
Many changes will be introduced: wave starts and ITRA rating, increasing food self-sufficiency, sanitary measures on aid station (hand washing, wear mask..), podiums at the arrivals progress, regulation of public access and companions on the race.
Rest areas, dormitories and camp beds, and shuttles to departure locations will be maintained.
The programme of event will also be adapted to the situation but the organization will do everything to maintain the friendly and warm atmosphere of the race.

See you in Belledonne !

In 2019, registration for Echappée Belle Intégrale was complete in 23 hours, and for the North Crossing in 7 days. We have a possibility to increase the number of places. But since we committed for a sustainable management of the race and we would like to prevent pushing on paths, to limit soil erosion, and preserve friendliness and pleasure.

Increasing prominence of Echappée Belle last years makes us think that 149km could be completed in few hours only, and the North Crossing (87km) in 2 or 3 days maximum.

In order to avoid pushing and to give equal opportunities to all to participate to Echappée Belle, we decided to establish the principle of selection by the draw for 149km and 87km races.

This operational mode is complex, but it seems to us a better option to guarantee efficiency of the registration process by our amazing team of volunteers, as well guaranteeing quality of Echappée Belle.

This year, the insurance is included in the registration. It comprehends helicopter transportation, mountain rescue services, repatriation. For few more euros, you can have a possibility to extend insurance to one-year period and be covered during all your trainings and sport events. 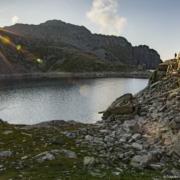 The 2019 edition is a highlight in the history of the race thanks to perfect weather conditions coupled with an exceptional line-up of competitors and their impressive performance! 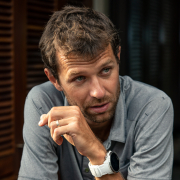 3 time winner of UTMB and 4 time winner of the Diagonale des Fous, François D’Haene is a giant among the ultra-trail running world. After the Hardrock 100 in USA mid july, he’ll run the Echappée Belle, ultra crossing of Belledonne, August 23rd in Vizille, Isère. 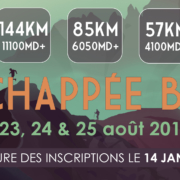 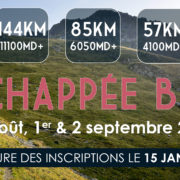 Registration will start on January 15th 2018